Abu Nasaybah was arrested shortly after he gave an interview to the BBC alleging that Adebolajo was tortured by Kenyan authorities with British collusion. In the letter,  to the Chairman of the Intelligence and Security Committee, Sir Malcolm Rifkind, he calls for an investigation into the security services’ activities.

Here is the letter in full (parts of which have been redacted): 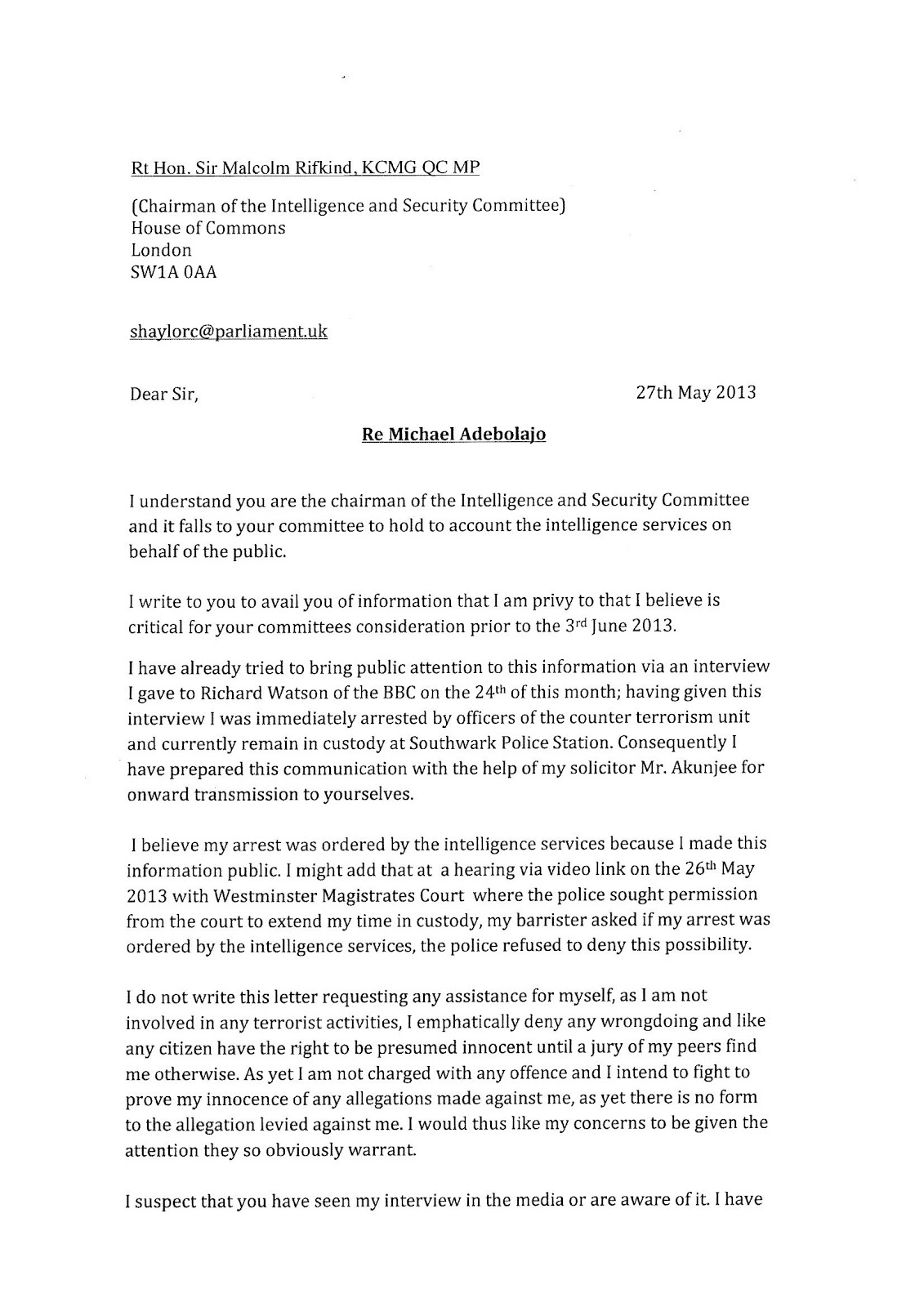 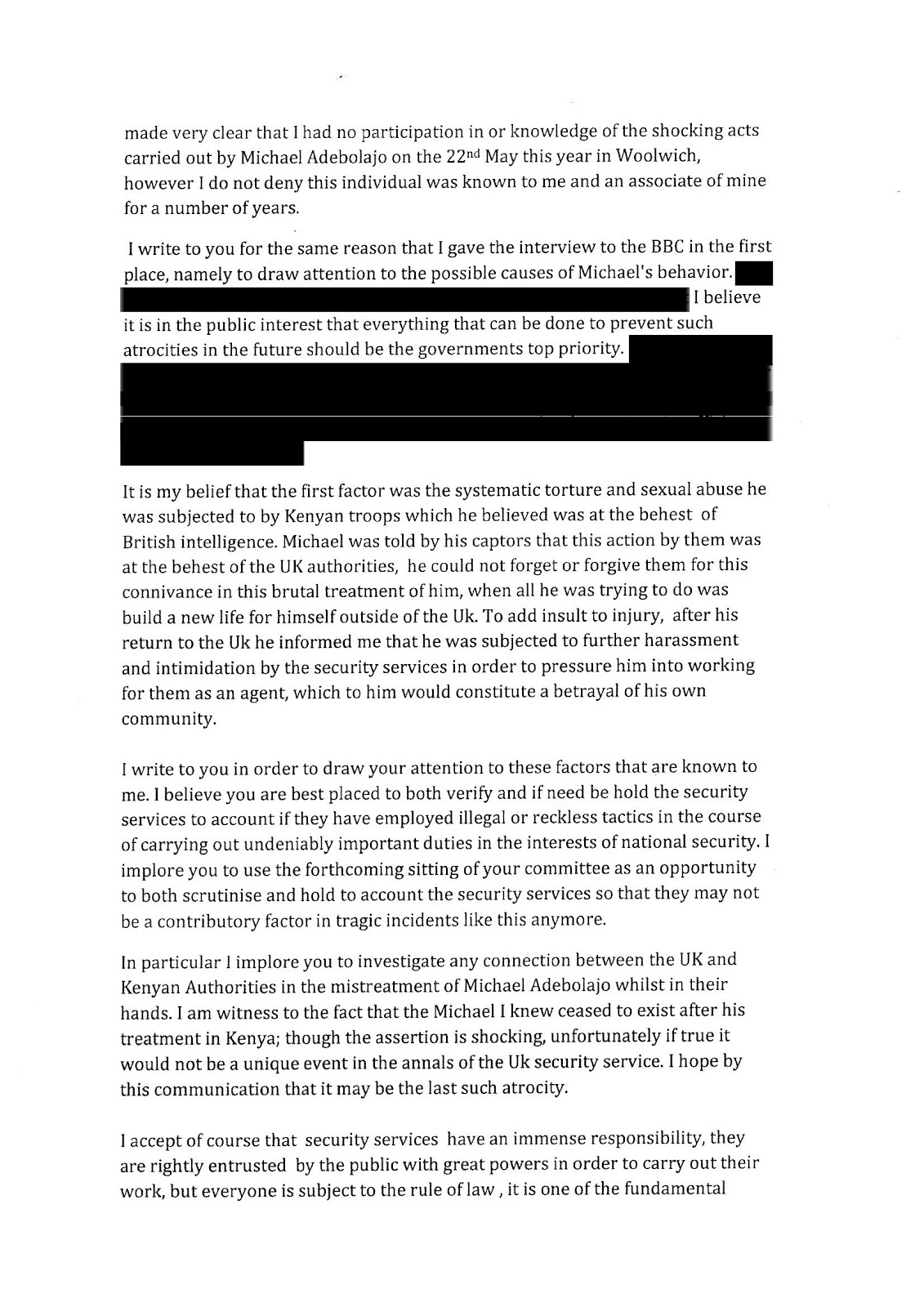 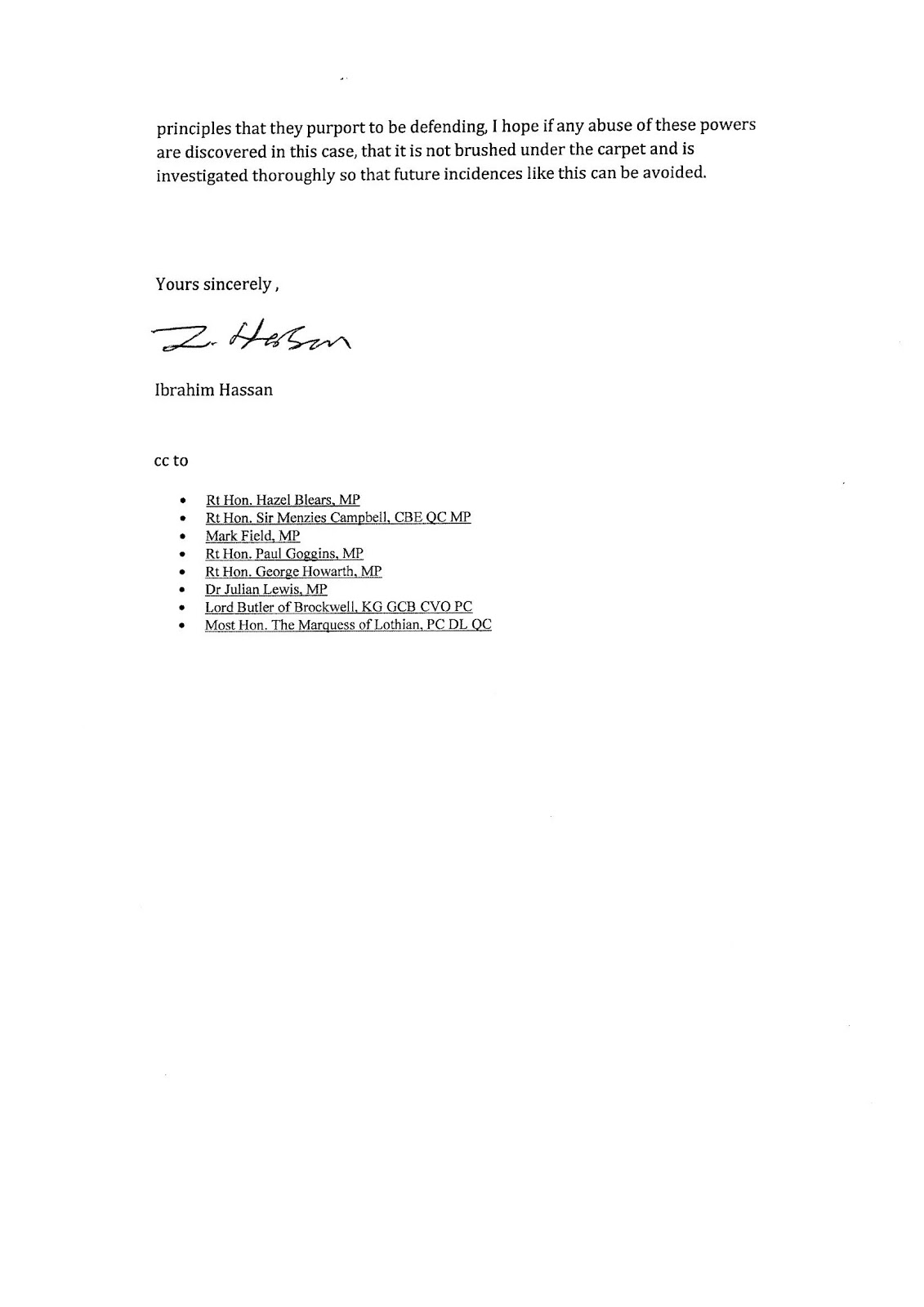